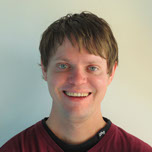 With over 15 years of experience as a successful performer and educator in Southern California, Brent Dickason's deep knowledge of music performance has taken him to many areas of the music world.
Starting piano lessons at the age of 7, then adding guitar and cello studies at age 11, music has been a significant part of Brent's life for over 20 years.  After an inspiring encounter at the age of 12 with John Walz (principal cellist of the LA Opera Orchestra, London Symphony and Long Beach Symphony), cello became Brent's main focus and he began to study with John Walz, studying with him for over two decades.
In high school, Brent enrolled at the prestigious Idyllwild Arts Academy, serving as cellist in both the Idyllwild Arts Festival Orchestra conducted by Larry Livingston (Faculty at USC) and the ISOMATA International Chamber Orchestra conducted by Ransom Wilson (conductor of Metropolitan Opera and Yale music faculty).
After graduating with a dual-degree from Idyllwild, Brent attended San Francisco Conservatory of Music for cello.  Two years into his time at SFCM, he was offered a full-ride scholarship offer to Chapman University, which he accepted and which allowed him to serve as principal cellist in the Chapman Symphony Orchestra for four years.  Upon graduating Chapman in 2007, Brent began studying modern recording technology, eventually becoming a certified AVID music production and post-production operator.
His vast knowledge of instruments, music technology and music genres has allowed him to guide students in many areas including Classical, Pop, Rock, Folk, and Bluegrass, as well as musicianship, recording, music fundamentals and theory.
He has served on the faculty of several local music conservatories, teaching both private students as well as group classes. He has also taught in a group setting for the city of Orange.
Teacher and Student ....